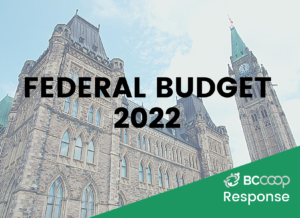 A big thanks should go out to the Co-operative Housing Foundation of Canada (CHF Canada) who will be working with the government to implement this project. CHF was founded in 1968 and was largely responsible for the significant increase co-operative housing stock in the 1970s, 1980s, and the beginning of the 1990s.

Some other highlights from the Budget:

This budget is unique in Canadian history in that it had budget additions from a second party before going to the House of Commons. For the New Democratic Party to give their support to this budget, $15 billion was added to the bottom line with items such as the dental care program and the Indigenous portion of the housing initiative. Both the Liberal Party and the NDP campaigned on these items and are working towards a national Pharmacare plan.